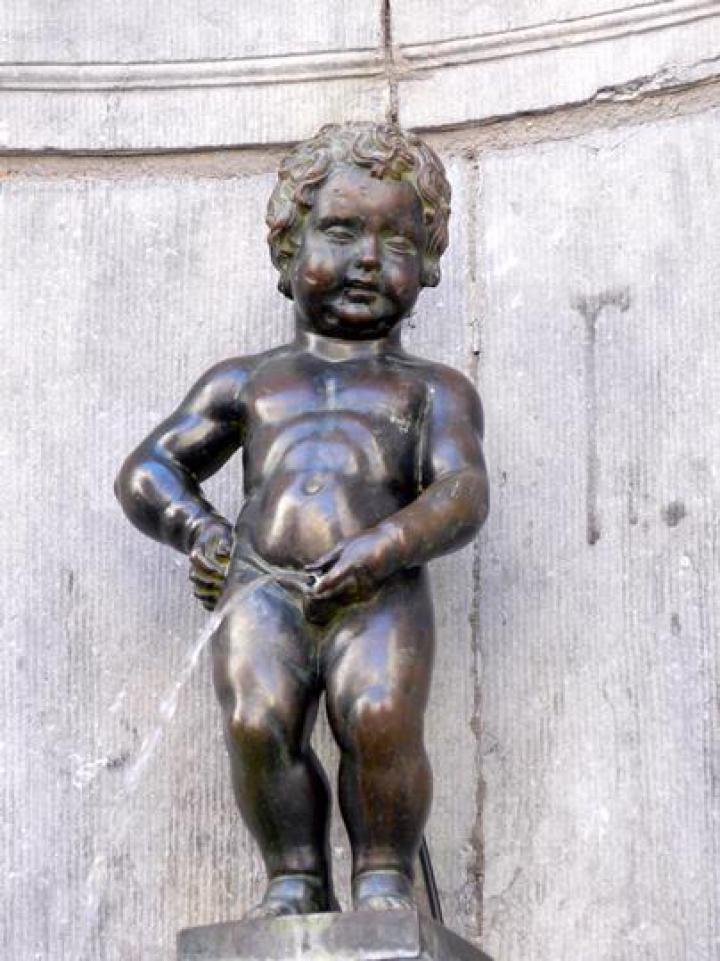 With a wardrobe consisting of more than 900 suits, Manneken Pis is surely better dressed than most of us, making him the MUST-SEE statue in Brussels.

Made in 1619 by Jérôme Duquesnoy, this bronze sculpture stands proudly in the center of Brussels, near Grand-Place.

Manneken Pis means little pee man in Flemish and is one of the most popular attractions in Brussels. Measuring only 61 cm tall (24 inches), this bronze little peeing boy gets a lot of attention. At first, in the 15th century, Manneken Pis was simply a fountain that played an essential role in the drinking water distribution.

Survivor of the bombardment of Brussels in 1695, Manneken Pis has become the precious emblem of the city of Brussels. Dressed up in different and original suits 130 times a year, Manneken Pis is sure to put a smile on each passer-by that encounters him.

Make sure to visit Manneken Pis official wardrobe (Rue du Chêne 19, 1000 Brussels) in order to see more than 900 of his official suits.

Did you know? Since 1985, Manneken Pis now has a feminine playmate called Jeanneke Pis. She was sculpted by Denis-Adrien Debouvrie and was set up to restore the equality between man and woman. Though she is less known, she hides in an alleyway a short distance away from Manneken Pis.

Make sure to attend one of his 130 official yearly outfit changes (http://www.mannekenpis.brussels/en/home#calendrier).